Why Polyurethane Foam is Better

Polyurethane is a new contender in the field of concrete lifting and as with most new technological advancements, the product is cheaper, the process is faster and the results are better! We can now save concrete slabs that would in the past have to be destroyed removed and re-poured, saving you money, time and frustration. 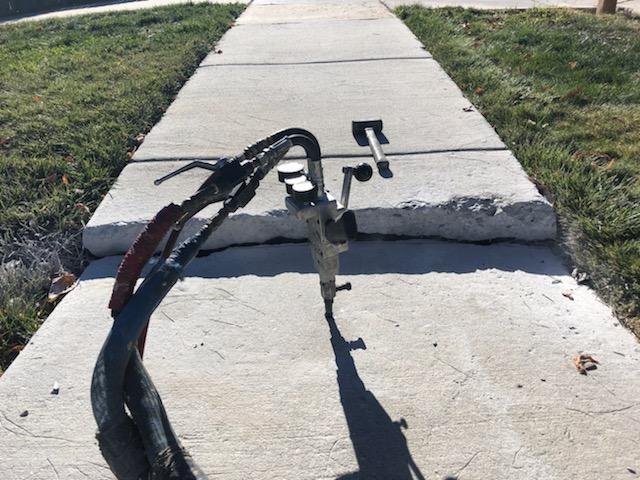 Why is polyurethane foam so great for leveling concrete in Utah?

Polyurethane foam is needed more often in Utah than in other states in the country because Utah was basically terraformed! The Salt Lake Valley, in particular, used to be an uneven, dry, high desert with poor soil and no usable water. Changing it into what it is today took a lot of work, and in the process, dirt and soils of various densities were mixed to make farmable land. That land is now mostly supporting houses and other concrete slabs. Even after it’s been compacted, the difference in density can lead to voids forming under your concrete, which will cause it to give way, sink, and possibly even crack. 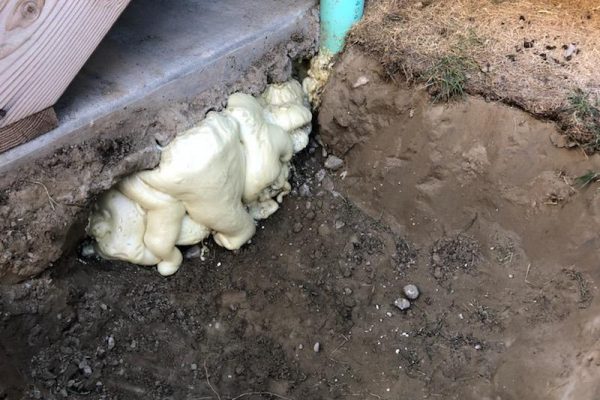 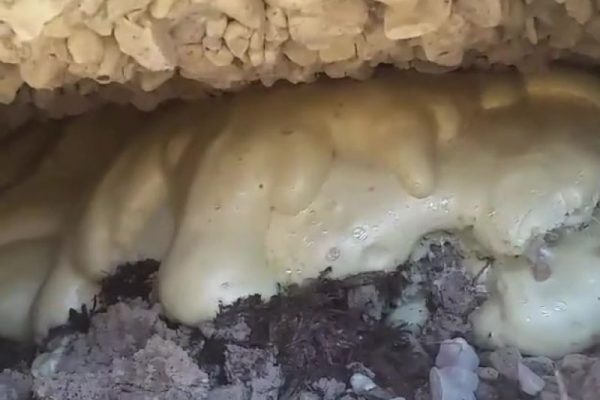 Instead of breaking up, removing, and re-pouring the slab, let us fix it with our eco-friendly 2-part expanding polyurethane foam. Injected through dime-sized holes in the concrete slab our mixture combines inside of the void, spreading and expanding quickly to fill the cavity and lift the slab back to its original position (this process is sometimes also referred to as poly jacking). Within 10-15 seconds, the foam doubles in size and usually cures within 15 minutes! As soon as it sets up it will support thousands of pounds of weight, so it can easily be walked on, driven on, or parked on. Sheds, fences, and other structures that it was initially meant to support are no problem for our polyurethane foam.

It might also help to know that polyurethane isn’t affected by cold temperatures and it’s hydrophobic, so it repels water instead of being eroded by it. The only real weakness our foam has is UV light, so as long as it hides under your concrete, it’ll be fine!

Do you have a little toe-stubbing trip hazard or a big drop? It’s time to give us a call.